By adminstew November 8, 2012 No Comments 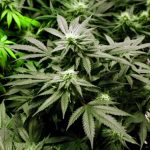 Hit the slopes — and then a bong?

Marijuana legalization votes this week in Colorado and Washington state don’t just set up an epic state-federal showdown on drug laws for residents. The measures also open the door for marijuana tourism.

Both marijuana measures make marijuana possession in small amounts OK for all adults over 21 — not just state residents but visitors, too. Tourists may not be able to pack their bowls along with their bags, but as long as out-of-state tourists purchase and use the drug while in Colorado or Washington, they wouldn’t violate the marijuana measures.

Of course, that’s assuming the recreational marijuana measures take effect at all. That was very much in doubt Friday as the states awaited word on possible lawsuits from the U.S. Department of Justice asserting federal supremacy over drug law.

So the future of marijuana tourism in Colorado and Washington is hazy. But that hasn’t stopped rampant speculation, especially in Colorado, where tourism is the No. 2 industry thanks to the Rocky Mountains and a vibrant ski industry.

The day after Colorado approved recreational marijuana by a wide margin, the headline in the Aspen Times asked, “Aspendam?” referring to Amsterdam’s marijuana cafes.

Colorado’s tourism director, Al White, tried to downplay the prospect of a new marijuana tourism boom. “It won’t be as big a deal as either side hopes or fears,” White said. Maybe not. But many are asking about marijuana tourism.

The Colorado counties where big ski resorts are located seem to have made up their minds. The marijuana measure passed by overwhelming margins, with more support than in less visited areas.

“Some folks might come to Colorado to enjoy some marijuana as will be their right. So what?” said Betty Aldworth, advocacy director for the Colorado marijuana campaign.

Marijuana backers downplayed the impact on tourism. Aldworth pointed out that pot-smoking tourists wouldn’t exactly be new. Colorado ski slopes already are dotted with “smoke shacks,” old mining cabins that have been illicitly repurposed as places to smoke pot out of the cold. And the ski resort town of Breckenridge dropped criminal penalties for marijuana use two years ago.