By adminstew February 4, 2013 No Comments 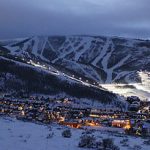 The year-end 2012 statistical report released by the Park City Board of REALTORS® indicates an increase in the number of sales and total dollar volume, with inventory the lowest it has been in over six years. It also shows a slight gain in median prices compared to 2011. The total volume of real estate sold for the entire market area (Summit and Wasatch Counties) reached $1,240,542,783 in 2012 — a 15% increase over 2011.

The number of sales continued to climb in 2012 with a nine percent increase over 2011 in all property types combined, reaching 1,817 total transactions. This is up 61% over the low point in 2009. The number of sales now surpasses the early 2000’s and is approaching the number of sales necessary to be termed a more balanced market. Sales for the year were very strong after the first quarter of 2012. Each of the last three quarters averaged over 150 sales more than the first quarter. Quarter Four is up 28% compared to the fourth quarter of 2011.