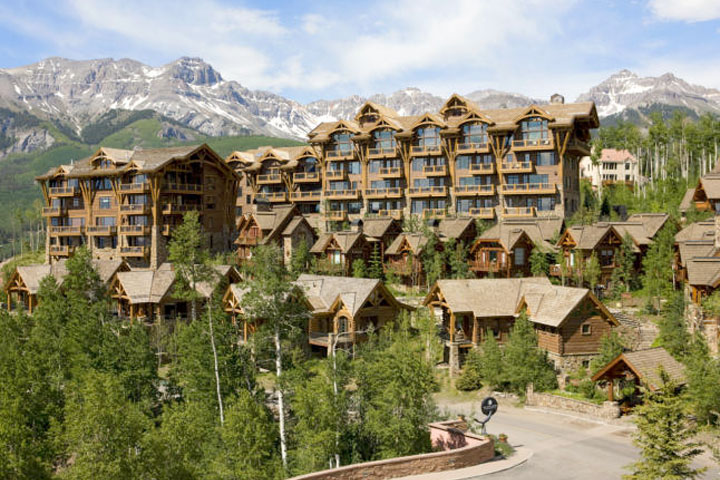 The first phase consists of 11 cabins, some stand alone and some duplexes. These log and stone cabins, now sometimes referred to as the “old cabins,” were constructed in 2000. One of the cabins has four bedrooms and the other 10 have three bedrooms. The cabins vary in size from 1,600 square feet to just over 2,200 square feet. Selling prices of these cabins have ranged $800,000 to $1.4 million.

The second phase are four luxury stand-alone cabins built in 2005. These timber and stone cabins are significantly more spacious and more luxurious than the Old Cabins. The units range from 3,300 to 4,200 square feet. The interiors feature substantial masonry, sub zero appliances, multiple fireplaces and each unit contains a media room. One cabin has three bedrooms, two cabins have four bedrooms and one cabin has five bedrooms.

The third phase is a single building with nine luxury condominiums constructed 2006. These condos have spectacular views of the San Sophia mountains. The condos are built of stone and timber and a high level of finish. Units are three-to four bedrooms and range from 1,700 square feet to nearly 4,500 square feet.

The final phase of See Forever Village is 15 luxury condominiums in a single building completed in 2008. These units have outstanding views of Wilson Peak. Interiors are of the same finish level as the second phase and are considered some of the most luxurious condominiums in all of Mountain Village. Most units have three bedrooms, but units range from two-to five bedrooms. This is the final phase.

After nearly a decade of construction of four separate phases, See Forever Village in Mountain Village is now complete. The complex is comprised of 14 cabins and 26 luxury condominiums. All of the units are built of stone and timber. Most of the units feature some of the very best views in the Telluride region. The latter phases of the project include some of the finest level of finishes available in Mountain Village.