Flights in and out of Telluride and Montrose this winter will include new low-cost service to and from Los Angeles as well as additional flights to Chicago.

The Colorado Flights Alliance announced the winter flight schedule late last week. All five regular airlines are returning to the area, with flights from all over the country heading toward Telluride and Montrose and air service to several major cities.

According to a release from the CFA, Montrose will offer flights directly to and from cities such as Denver, Los Angeles, Calif., Phoenix, Ariz., Chicago, Ill., Houston, Texas and others.

Meanwhile, Great Lakes will continue to offer daily service to and from Denver in Telluride. In all, five carriers will be operating flights at the Telluride and Montrose airports. The seasonal flights start between Dec. 14 and 21 and last until late March or early April, depending on the airline.

Airlines say they need the subsidies because of rising fuel

The Telluride Tourism Board is helping Crested Butte Mountain Resort with a $650,000 revenue-guarantee deal with Allegiant Air to bring twice-weekly flights from Oakland and Phoenix to Montrose all winter.

According to the Denver Post, Steamboat, Crested Butte and Vail are also paying more to airlines for consistent flights. 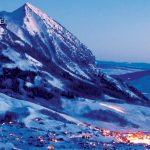 Winter is on its way and so are some new ticket deals that offer days in both Telluride and Crested Butte — with no blackout dates.

A new pass called the Ultimate 6 Pass offers up to three days in Telluride and three in Crested Butte. The pass has been put together as a promotional effort between Telluride Ski & Golf and the Crested Butte Mountain Resort. The pass is only available in limited numbers, and though the exact number of passes has not been released, they are available now for $399 at Liftopia.

“Basically it’s stemming from Crested Butte participating with the Telluride Montrose Regional Air Organization,” said Telski Communications Director Tom Watkinson. “It’s helping to bring people to both resorts, and this is a great way to do that.”

The Crested Butte Mountain Resort announced in late October that it will be a private supporter of the TMRAO, namely the organization’s newest airline, Allegiant. As part of the deal, marketing efforts would be aimed at air passengers focusing on Telluride as well as Crested Butte.

Watkinson said the pass also offers a 20 percent discount on tickets at either resort if someone wants to go over the three days offered.

Telluride and Crested Butte are roughly 158 miles apart by road, with Montrose between them.

While the Ultimate 6 Pass is a good deal to hit up both resorts, Telski and Crested Butte are also offering their season pass holders a half-price deal for single-day tickets. If a Crested Butte or Telski season pass holder wants to buy a day ticket at the other resort, they are eligible to get it at half price. However, Watkinson said the half price deal does include some blackout dates, notably around the holidays.

Telski will be selling discount season passes and other passes at the KOTO Ski Swap Saturday at the Wilkinson Public Library.

This year, Telski is also selling a special three-day pass option for those with passes to Powderhorn Mountain Resort near Grand Junction.

“We figure Junction is such a big market for regional skiers, that we’re offering a three-day pass at $169 with the purchase of a Powderhorn pass season,” Watkinson said. “There’s no blackout dates and it’s available immediately.”

Telski plans to open on Thanksgiving.

The Montrose airport, about 65 miles from Telluride, is one of the primary commercial aviation gateways for the ski resort area.

Flights will be available on Wednesdays and Saturdays from Dec. 15 to April 3. The Telluride Montrose Regional Airport Organization is providing some revenue guarantees to Allegiant to fly into the Telluride area. Without the guarantees to mitigate risk, most commercial airlines would not fly into the region at the level necessary to sustain the region’s tourism-driven economy, the airport organization said in a statement.

“There has never been a more affordable, or more accessible way for people in Phoenix and the Bay Area to discover what makes Telluride one of the world’s premier winter vacation destinations,” Telluride Tourism Board President and CEO Michael Martelon said in a statement.

Two for One Tickets with Allegiant

Flying to and from Montrose became more affordable this winter with the arrival of the region’s newest airline, Allegiant Air, and this month local tourism organizations are sweetening the pot with a special deal.

The Telluride Montrose Regional Air Organization, Telluride Ski & Golf and the Crested Butte Mountain Resort have teamed up to offer a two for one ticket deal. Travelers can purchase two tickets for the price of one to fly with Allegiant to and from Montrose and either Phoenix, Ariz. or Oakland, Calif. The deal expires Jan. 31.

According to Michael Martelon, president of the Telluride Tourism Board, the deal is aimed at filling flights into the area.

“To my knowledge, there is no program in the industry where travelers can get two for one airline tickets and skiing opportunities at two of the country’s top resorts,” said Martelon. “It’s unheard of to have this kind of option, and we’re excited to be able to offer it.”

According to a release, this winter, Allegiant is offering fare from Phoenix starting at $46.99 one-way or $93.98 round-trip. Flights from Oakland are priced the same as the Phoenix ones, and the two for one offer is based on availability. Tickets must be purchased by Jan 31.