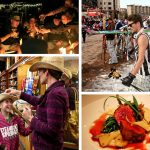 You know what I love about Steamboat? It can be the lazy man’s mountain town. You can lounge in their hot springs, float down their river or cool your feet off as you admire their waterfalls. (You can also, of course, hike, bike, climb, ski and/or snowboard the mountains.)

For me, Steamboat has the remote feeling everyone loves about Telluride, the pace of a small town that has no interest in overzealous developers and a beauty that can and does hold its own. Unlike many sought after mountain towns around the world, Steamboat still has a main street that staves off the t-shirt shops, small bungalows with Hondas in the driveway and people with a ready and easy smile.

David’s friends from Spain were traveling around Colorado. They had seen Denver, Rocky Mountain National Park, Telluride, Ouray and Crested Butte. We had to make sure they saw another of Colorado’s gems before leaving and told them we must meet in Steamboat. 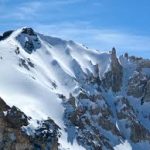 With a little bit of snow on the ground and Scholarship Day at the Steamboat Ski Area less than a week away, thoughts of the upcoming ski season and, after a winter like last year, snow levels have begun to consume the brains of many of us who have chosen to make our homes here in Steamboat Springs. I even got excited and wrote a blog about our first expected snow of the season back in early October. An article published this morning in the Steamboat Today titled Uncertainty in short-term, long-term forecasts for Steamboat Springs attempts to bring some answers.   According to the article, the long term forecast is presenting some problems for meteorologists attempting to predict just what kind of winter Northwest Colorado has in store.

The National Weather Service Climate Prediction Center is now calling for a winter unaffected by either the El Nino or La Nina weather patterns. Instead of the El Nino pattern that earlier forecasts had predicted for the coming winter which typically brings less than favorable snow conditions to Northwest Colorado, the ENSO-neutral conditions which are now predicted for the area create more trouble for forecasters attempting to tell how us how much snow we will be able to look forward to.

The Steamboat Ski Area has seen both its best winter ever (1996-1997, 447.75 inches) and its worst winter ever (1980-1981, 133.25 inches) during ENSO-neutral seasons. The Climate Prediction Center also shows quite a bit of uncertainty for the area’s three month outlook with nearly an equal chance of below average, average and above average precipitation for the region. That makes it nearly impossible for forecasters to predict what’s in store for us this year.

For those of you hoping for a winter of epic snow proportions, it might not be a bad idea to do a little snow dance or two in an attempt to sway the snow gods. One thing’s for certain…As the days grow shorter and the air gets colder, we’ll see soon enough one way or another what the winter will bring. 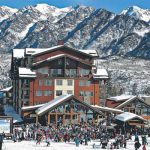 Ski-area operators and their federal landlord faced off in federal court Thursday, arguing over ownership of the resorts’ rights to water they use for snowmaking and other purposes.

On Thursday, U.S. District Judge William Martinez entertained oral arguments from both sides in a case that could decide the fate of hundreds of millions of dollars worth of ski-area water rights.

The dearth of snow in Steamboat Springs and across Colorado’s mountain resort communities is taking a bite out of lodging numbers. And although it’s still very early in the ski season, when a longtime repeat customer cancels a reservation for the holidays, it can’t help but sting.

Greg Koehler, owner of the Rabbit Ears Motel in downtown Steamboat, said Thursday that he lost three reservations this week and that one of them was for a 10-day stay at his landmark lodging property at the east entrance to downtown, right across U.S. Highway 40 from Old Town Hot Springs.

“I had a few (cancellations) on Monday I was surprised at,” Koehler said. “They were actually around Christmas and New Year’s. My sense is that they decided to do something else.”