As sure as an April snowstorm each year are closings, moves, swaps and openings in the Steamboat business landscape. “It’s not just April, it happens at the end of summer, too,” Mainstreet Steamboat Springs Manager Tracy Barnett said. “This time, it seems like quite a large number to me.”

Several businesses are coming and going, with the latter outweighing the former. But Barnett is hopeful open spaces will be filled as the economy continues to turn around. “There’s going to be a lot of space open right on Lincoln,” she said. “We just have to keep our fingers crossed.” Among the changes are:

■ Sears, formerly located in Riverside Plaza, will be opening in its new location in Central Park Plaza in mid-May. Its sign already is installed in the new, larger space.

■ The Steamboat Shoe Market is moving from 908 Lincoln Ave. across the street to 907 Lincoln Ave., a change co-owner Linda Petet said is really going to confuse mail carriers. 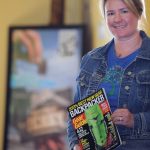 Two local companies were honored as 2013 Backpacker Magazine Editors’ Choice Award winners.  The awards, which have been given out since 1993, honor the top products in the outdoor industry based on innovation, design, materials and performance.  Big Agnes won for its Scout UL2 tent, the company’s seventh Editors’ Choice Award since 2004.  Sweetwood Cattle Co. won for the first time for its jerky, marking its inclusion into the outdoor industry.  The companies were two of 14 manufacturers to earn the recognition.

“It’s our first award, and we’re super excited,” said Becca Fix, Sweetwood’s general manager. “We’re excited to see where it takes us. We were lucky to be included along the other companies. Anytime you’re listed alongside Big Agnes, you feel lucky and know you are doing something right.” Sweetwood was one of two food companies to earn the designation. The product, offered in four varieties, uses whole muscle cuts for its jerky and all natural flavors.

She said the editor of Backpacker Magazine was introduced to the product at the Outdoor Retailer Winter Market a couple of years ago. From there, she said Sweetwood provided Backpacker with plenty of samples, and soon they became a hit.

For Big Agnes, the award was the status quo. The outdoor company has found a niche in tents and sleeping bags and has become a favorite of Backpacker. Big Agnes has won Editors’ Choice Awards from Backpacker in 2004, 2007 through 2009 and 2011 through this year. 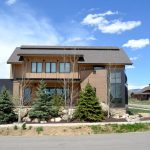 Barn Village at Steamboat might have taken a while to work its way through the foreclosure process, but it wasted no time closing sales after the lots came back on the market. Four lots closed in the development last week, and more should be closing soon, according to listing broker Chris Wittemyer, of Prudential Steamboat Realty.

Wittemyer said that seven offers were accepted by the owner, Gibraltar Residential, soon after all 47 lots were put back on the market. Six of those sales had closed, he said Monday. By the end of next week, we’ll have closed 12 of them,” he said. “There’s a bunch that they were going to build a home for spec,” Wittemyer said. “Probably four or five builders are buying lots in there.”

A new home with a permit value of $2.6 million and two more homes with values in the $800,000 range are among the building permits issued by the Routt County Regional Building Department in the last two weeks of June.  The $2.6 million home is in the gated Stonebridge Park community close to Fish Creek and opposite Rollingstone Golf Course on Steamboat Boulevard. The general contractor for the project is Fairview Construction.

The building permit valuation does not reflect the value of the building site or the actual retail value of the finished Stonebridge Park home, which would be significantly higher when completed.  The two other notable building permits include a home to be built on Routt County Road 14C by Colorado Home Solutions. Its permit valuation is $819,520. The site is just west of Lake Catamount.

Another home that has the go-ahead from the Building Department is located on the lower reaches of Buffalo Pass Road/C.R. 38. The owner is the contractor, and the permit valuation is $847,196. Additions and remodels have represented a significant portion of the construction industry in the past several years, and Fox Construction has obtained a permit on behalf of Yampa Realty Holdings LLC to construct a picnic pavilion on Whisper Road with a permit value of $94,100.

Natural gas drilling and some potential for oil continues to be in the news at many ski towns in Colorado. The drilling potential is not in any of the ski towns proper, but rather in outlying areas, including some favorite forested playgrounds.

Such drilling has been happening for decades south of Durango. But the rigs are relatively new near Steamboat. Local officials want to be ready, to ensure impacts are limited.

Some landowners would just as soon government keeps its nose out of such affairs. Writing in Steamboat Today, Vonnie Frentress says some land and mineral owners see the oil and gas industry as business partners. “Diversified revenue sources can increase the financial strength of area agricultural operations.”

From Aspen and its suburbs in the Roaring Fork Valley comes a different tune. There, the dominant worry has been of impacts to treasured spots from drilling.

The Forest Service owns much of the land west of Carbondale, including the site of the Sunlight Mountain ski area. For whatever reason, the Forest Service plans had allowed drilling rigs on the ski slopes. That oversight has been corrected.

Now, the Forest Service is proposing to reduce the acreages where leasing by oil companies would be allowed by 33 per cent. The Aspen Times reports that the oil and gas industry is none too happy. But neither are environmental and conservation groups. Peter Hart, spokesman for the Wilderness Workshop, said his group favors removing all lands not now leased from future leasing.

The $1.52 million sale this week of a luxury condominium in One Steamboat Place at the base of Steamboat Ski Area is a reminder that in the midst of a struggling national economy, some people still are investing in high-end vacation homes.

The downward trend in prices for homes in the Yampa Valley coupled with the number of distressed properties that still must be absorbed color public perception of the local real estate market. But Realtor Doug Labor, of Buyer’s Resource Real Estate, has come up with some statistical information that he says puts Steamboat’s real estate market in perspective.

Through June, dollar volume through the Steamboat Springs Multiple Listing Service was $167.3 million, the sixth highest ever. That figure compares to $143.3 million at the same time in 2011. And with the average sales price down from last year, it’s safe to assume that a relative handful of high-end sales play a significant role in the overall market.