Live It Up At The Sundance Film Festival

Every January, the best and brightest in filmmaking descend upon Park City, Utah, for the Sundance Film Festival. Founded by Robert Redford in 1985, the festival is a nonstop celebration of independent movies, launching blockbuster hits such as Precious, Napoleon Dynamite and last year’s breakout film, Beasts of the Southern Wild.

For an unconventional hotel experience, try the celebrity-frequented Washington School House. Built as a school in 1889, Washington School House graduated to a new level of luxury with a complete interior renovation, featuring amenities such as a heated pool, complimentary breakfast, ski valets, and a 24-hour concierge.

Anyone visiting a state with 14 ski resorts has to make time to hit the slopes at least once during Sundance. A recent multimillion-dollar project at Canyons Resort introduced the heated-seat chairlift — the Orange Bubble Express, providing the ultimate in comfort for the ride up the mountain. If skiing isn’t your preference, head to Main Street for some pre-event shopping at Flight Boutique, for contemporary items by kensie and Elizabeth & James.  Afterward, wear your new threads to dance the night away at Downstairs, a nightclub opened by Danny Masterson of That 70’s Show.

A trip to the Sundance Film Festival is not complete without a meal at Sundance Resort’s Zoom, opened by Robert Redford in 1995. The sophisticated, American restaurant serves locally-sourced fare like slow roasted beets with Utah goat cheese and Koosharem Valley Utah trout.

“Kathy Burke, who is the apparel buyer for Cole Sport, went to Munich, Germany, and saw a huge exhibit of all these winter clothes Bogner, one of the pioneering companies in ski wear, had designed over the past eight decades,” Morrison [Museum Director] said. “She said that she would see if she arrange to get some of the clothing for a display.”

The result is the “80 Years of Sport in Style” exhibit that will be at the Park City Museum until Monday, Jan. 14.

“Bogner has designed the German Olympic Ski Team outfits since 1936 and we were able to get some of the designs from the 2002, which, of course, was the year the Olympics came to Park City,” Morrison said. “It was perfect timing for us and it’s fun to have a display about skiing and ski clothing while visitors are here for winter activities.”

“I think what draws people to this display is their own experience in ski fashion,” she said. “A lot of people who visit our museum have been skiing for most of their lives and they like the fact that we have a one-piece, pink ski suit and leather boots in the window. It has evoked a lot of memories for people like them.

“For the newer skiers, the exhibit is a reminder to them about how long the sport has been around,” she said.

Thing to Do in Park City: Sleigh Rides 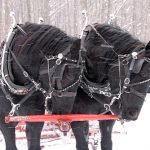 If you’re looking for a unique winter experience while you visit our beautiful city, why not take a sleigh ride? Glide across the snow on a romantic journey or get in the Christmas spirit with family as you travel through our breath-taking mountain scenery. A horse-drawn sleigh can take you to viewpoints you won’t find on foot and you’ll be able to look over breathtaking views of the Rocky Mountains and Park City. Check out the rest of the article for information on some local sleigh ride companies.

After announcing its slate of in-competition and Next films yesterday, the Sundance Institute has released the lineup of films and art installations in the out-of-competition Spotlight, Park City at Midnight and New Frontier categories.

More scheduled lineups, including the Premieres and Short Films categories, will be released early next week. 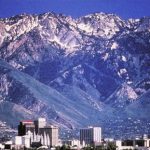 The U.S. Ski and Snowboard Association, together with the Utah Sports Commission has jointly announced a schedule of five major winter action sports events in Utah leading up to the 2014 Olympic Winter Games in Sochi.

Some of the most important World Cup and Sprint U.S. Grand Prix events will be coming to Utah’s Canyons Resort, Deer Valley Resort and Park City Mountain Resort, and will also include the official naming of the first ever U.S. Freeskiing Olympic Team.