Proving Jackson Hole’s mettle as a cultural destination, the annual Jackson Hole Fall Arts Festival, now in its 29th year, brings its trademark mix of visual, contemporary, culinary, Western, landscape, wildlife and Native American arts to Jackson, Wyo., September 5 – 15, 2013. Offering Wyoming visitors more than 50 family-friendly events, many of them free – and surrounded by the Teton Mountains in their autumn beauty – the festival revels in art and artists from around the world, with a chance to purchase original pieces from cowboy to cutting-edge contemporary.

The next time doctors or patients in St. John’s Medical Center’s cafeteria pass up water for a sugary soft drink, they may think twice.  At least, that’s what hospital dieticians hope.

The soft drink reduction campaign is part of an initiative aimed at making the hospital’s food options healthier. One of those was to subsidize the cost of healthier foods by increasing the price of unhealthy items.  The salad bar, for example, costs 10 percent less than it did in December, Hubbard said. In turn, a large soft drink has shrunk from 22 ounces to 16 ounces, but the price is the same.

Another part of the program is a new focus on local and organic food products.  Beginning this spring an organic farm in Teton Valley, Idaho will deliver fresh vegetables to St. John’s each week. Chefs at the cafeteria have also switched to using cage-free eggs and natural meat that doesn’t contain antibiotics or hormones.

Hospital food is often compared to airplane food, Maddex said, but it shouldn’t be that way. The hospital should be a model for the community.  “Everybody should be eating healthy,” she said. “But I do think that people sometimes look to hospital staff as examples. We should be walking the walk.”

Jackson Hole Has it All—Including an Incredible Food Scene

You’ve already heard how much we love Jackson Hole. The charming little town really does have it all…including a seriously hip up and coming foodie scene. What was a pretty scarce cowboy-cuisine-only town just a decade or two ago is now a thriving food scene with the sort of risk taking chefs you just don’t expect to find in the middle of the Grand Tetons.

For starters, the Pig Candy at Café Genevieve makes the entire trip to Wyoming worthwhile with one bite. An outrageously salty, sweet, sticky smoky crackly piece of caramelized bacon, Pig Candy is a Jackson Hole treat that’s becoming pretty famous—you can even have it flown it overnight for your next board meeting. Now that’s employee appreciation.

Once you’ve had your fill of pig candy, it’s time for a steak dinner. You are in the mountains, after all. In the heart of the town square right next to the legendary Million Dollar Cowboy Bar is a quintessential farm-to-table restaurant serving some of the best cuts in the country. The Local is a place for…well, the locals. They feature classic and specialty cuts that come from cattle less than 10 miles away along with seasonally-inspired food. Owned and operated by chefs Will Bradof and Paul, Local showcases their enthusiasm for reviving the craft of in-house butchery with a focus on dry-aged steaks and house-made sausages. It’s a perfect place to relax and grab an amazing burger for lunch or to indulge in a hearty foie gras and filet mignon sort of date night.

Ben Bernanke is a no-show. No matter. Despite the absence of the Federal Reserve chairman, this year’s annual economic conference in Jackson Hole has once again proved a destination of choice for central bankers. In international banking circles, the Jackson Hole gathering, held each August in a rustic lodge in Grand Teton National Park, is akin to Academy Awards night. If you’re invited, the message is clear: You’re someone who matters.

This is the first year in more than two decades that a Fed chief hasn’t given the keynote speech to open the two-day conference. News last spring that Bernanke would skip this year’s conference was taken as a signal that he’ll leave the Fed when his term ends in January. With speculation intensifying over his successor, a spotlight has fallen on Fed Vice Chair Janet Yellen, one of two leading contenders. Yellen is here. Her chief rival, former Treasury Secretary Larry Summers, is not.

Outpacing even Boulder County, Colo. — long regarded as the nation’s leader in physical health — Teton County is first in the nation for physical activity, according to a new study.
The report, released Tuesday by researchers at the University of Washington, drew its conclusion from two annual surveys by the Centers for Disease Control and Prevention that rate all U.S. counties according to activity levels of residents. “Residents of Teton County should be happy with their record on obesity and physical activity,” said Joy Portella, spokeswoman for the Institute for Health Metrics and Evaluation, the organization that led the study.
One of its authors said the study is important in that it highlights the contrast in health from county to county. “There are huge disparities within states and counties, and unless we address these disparities, we will not achieve what we want in the United States,” said Dr. Ali Mokdad, professor of global health at the University of Washington. “We have not made the improvement other countries have made — we’re falling behind.”
Factors such as education and wealth are strong determinants of health, he said, and primary drivers of the differences in health found among U.S. counties.  The Bureau of Economic Analysis reported in 2012 that Teton County residents bring home more income per capita than any other county besides New York County, N.Y.

The Tetons: Stunning 6 Minute Video About The Tetons 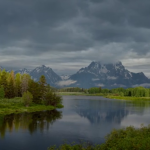 A land largely unaffected by the progress of man, the Tetons Range and the surrounding areas are a pristine ecosystem inhabited by a vast diversity of wildlife spreading across multiple national parks. Uninhibited by foothills on the eastern side the range rises sharply and splits upper Wyoming and lower Idaho in two. On one side sits Jackson Hole, home to the legendary ski area and playground to outdoor junkies. On the other resides the Teton Valley: a landscape dotted with hay farms and the small rustic towns of eastern Idaho. Smack in the middle, off the pass that separates the two, lies some of the most progressive mountain bike trails in America. Local riders teaming with the Forest Service have created a network of trails designed and built specifically for riding. We explored both sides of the pass and rode varied terrain from purpose-built bike park features to backcountry singletrack, clinging to the edge of 10,000-foot peaks.

Click here to watch a beautiful video on Jackson Hole.

A century ago, Jackson Hole nightlife revolved around the Clubhouse. Built in 1896 on Center Street, the Clubhouse was the place to gather for dances, a game of cards and gossip. Folks from as far north as Moran and as far south as Hoback used to travel by horse and wagon or sleigh for a night of socializing.

While Jackson Hole’s Clubhouse days were full of wild times and revelry, the citizenry of the entire Jackson Hole valley numbered in the dozens at that time. Today, with a population that can swell to 50,000 during the summer, and with several million visitors passing through each year, Teton County requires a wider array of options.

Whether a hard day on the slopes calls for a mellow night or you are determined to brush up on your western swing amidst a sea of cowboys, Jackson Hole has something to fit the bill: fine dining, eateries with live entertainment, watering holes full of character and characters, and clubs brimming with hot music and boogying dancers.