Top of Aspen Mountain to Reopen for Memorial Day Skiing 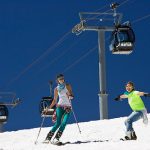 Aspen Skiing Co. is reopening the top of Aspen Mountain for skiing and snowboarding this Memorial Day weekend, after getting some late spring snow.

Sixteen runs on almost 90 acres will be open at the top of the mountain Saturday, Sunday and Monday.

Aspen Skiing Co.’s vice president of mountain operations, Rich Burkley, says the resort has had nearly four feet of snow since Aspen Mountain closed for the season. The company said Monday that the snow base is 33 inches deep at the top.

Nearly all Colorado ski areas are closed for the season, but Arapahoe Basin doesn’t plan to close until at least June 2.

Breckenridge Ski Resort and Vail officials announced today they will extend the two resorts’ ski seasons one additional weekend, April 19-21, due to the large amounts of snow the resorts have received in recent days.

Breckenridge has received over 5 feet of snow so far in April, including another 16 inches since the resort’s initial closing on Sunday. At Vail, 2 feet of snow has fallen since the original closing day of its 50th anniversary season. More snow is in the forecast this week for both resorts.

“After skiing some amazing powder turns on Closing Day and more heavy snow in the forecast this week, we just don’t have the heart to shut down Breck’s lifts just yet,” said Pat Campbell, senior vice president and COO at Breckenridge Ski Resort. “We can’t deny how great the conditions are, so this is a great opportunity for all of our guests to take advantage of a few extra days and enjoy more of the spring skiing and riding we all love here in Breck.”

“This is a great way to end our 50th anniversary season,” added Chris Jarnot, senior vice president and COO at Vail Mountain. “This is an opportunity for our season pass holders and skiers from around the region to take advantage of a few extra days, and enjoy more of the spring skiing we all love here in Colorado.”

The announcement comes on the heels of the Aspen Skiing Co.’s decision Monday to keep Aspen Highlands open for a bonus weekend, April 27 and April 28. Highlands’ original closing day was scheduled for April 21. 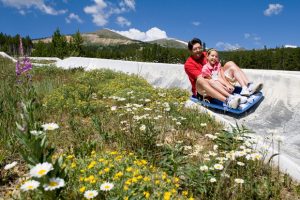 Aspen Highlands is extending its season by one weekend.

The ski area’s closing day had been scheduled for April 21, but Aspen Skiing Co. said Monday that Aspen Highlands will reopen April 27-28 as a thank you to skiers and riders.  The ski area has had consistent snowfall over the past week.

Adult ski lift tickets to Aspen Highlands are currently $62 per day, but people with season passes from other Colorado resorts can get them for $39 during the bonus weekend when they show the season passes at the ticket window.

Snowmass Village’s sales tax rate is generally proper, but what steps to take if it rises because of hikes at the county or state levels need to be ironed out, officials said Monday.

Finance director Marianne Rakowski said she queried six economists in the state to discern what, if any, impact increasing or decreasing sales tax has on consumer spending.

The experts all said that no studies have been done in this area, but one said he believes “that most travelers … are very familiar with tax rates above 10 percent and are probably unlikely to be using tax rates as a determinant in vacation planning or decision making,” Rakowski’s memo says.

Snowmass Village by itself levies a 2.5 percent tax on retail, restaurant and lodging sales that funds marketing efforts, and a separate 2.4 percent tax added to rental bills that goes toward bringing in group business.

The two rates have resulted in “a very healthy budget for both marketing and group sales compared to” other communities, said Russ Forrest, town manager.

Real estate in Pitkin County took a hit in February in both dollars and transactions, according to the latest data compiled by Land Title Guarantee Company.

Total dollar volume for February was about $38.39 million, a decrease of 15 percent from the same month in 2012. There were 44 total transaction in February, or about 4 percent fewer sales than there were in February of last year, the report showed.

The industries posting the largest gains were construction, miscellaneous, general retail and accommodations, which posted 24 percent, 18 percent, 12 percent and 9 percent gains, respectively. Sporting equipment and luxury goods posted the largest industry loses, declining 17 percent and 12 percent.  February lodging tax collections were up 10 percent over collections from the same period in 2012. For the year, collections are up 8 percent. The discrepancy between year-to-date lodging tax collection increases and accommodations sales increases is primarily due to non-lodging, on-premises sales.

Aspen’s Most Expensive Penthouse Ever at $17.6 Million

Some Aspen developers are milking the result of their settlement with the town of Aspen that allowed them to build a penthouse 85% bigger than city zoning limits would otherwise permit, as evidenced by their outrageous pricing of this 4,638 square foot three-story penthouse with 4 bedrooms and 5 baths for $17,600,000. City zoning limits cap downtown residential units at 2,500 square feet, but developers won the right to build their oversize unit in exchange for deed restricting the building so that the commercial space can only be rented to an “affordable” restaurant.

The city denied the project at first due to a lack of affordable housing and were feeling the sting from the loss of long-time affordable eatery, Bad Billy’s. The developers countered that the denial was “arbitrary,” and won the deal that requires them to seek out an affordable eatery tenant “in good faith.”

The penthouse has hemlock fir flooring and hemlock paneling. An entrance hall/art gallery with concealed and heated ski storage. If you thought heated sidewalks were a bogus concession to wealthy wimps, then heated storage for skis might be the only feature to top it. The master bedroom is ensconced in its own floor with a master bathroom with Vals quartzite floors and wainscoting. A “generous” roof terrace is also replete with a gas fireplace and an eight-person hot tub.

Tickets to this year’s 31st annual Aspen Food & Wine Classic will likely sell out in early April for the first time since the Great Recession hit.   Only a handful of tickets are left for this year’s event, which runs June 14-16, according to Lori Lefevre, a spokesperson for Food & Wine. Tickets originally went on sale Dec. 12. The festival is a three-day event hosted by Food & Wine magazine and it offers over 80 individual seminars including cooking demonstrations, wine lectures, panel discussions and tastings, in addition to daily grand tastings.

Food & Wine issues about 5,000 tickets annually falling under categories including general admission, trade group passes or press passes, Lefevre said. Organizers do not release the breakdown of how many tickets are issued in each category, she said.

Historically, the success of Food & Wine ticket sales directly correlates with the state of the economy and whether the country is in a recession, Lefevre said. During the event’s early years, tickets sold out in May, but in the late 2000s they began to sell out earlier, Lefevre said. In 2007 and 2008 Food & Wine had record-breaking seasons when the event sold out in February.  After the recession hit, ticket sales slowed and the event didn’t sell out until the week it occurred. In response, Food & Wine sold day passes ranging in price from $250 to $395 each. Sales have slowly picked up again with the event selling out in the third week of April last year, according to Lefevre.  Food & Wine anticipates the sellout will happen earlier this year due to the economy turning around, she said.

Bike-share System Pedals to the Fore

By June, Aspenites making a quick trip to the grocery store or heading to Smuggler Mountain for a lunchtime hike will have a new option to get there through a fledgling bike-share program, the Pitkin County commissioners were told Tuesday.

WE-cycle co-founder Mirte Mallory said 100 bikes placed at 12 stations in the city from Smuggler to Aspen Valley Hospital are expected to be ready by the end of May.

Residents will be able to rent a three-speed, 50-pound bike for various lengths of time, ranging from a 24-hour pass for $7 to $55 for a season pass.

The program is designed for short-duration trips around town, Mallory said. Passes will allow users 30 minutes on a bike at a time before prohibitive fees, designed to dissuade people from keeping the bikes for long periods, kick in. Those fees are still being established.

“Individuals seeking to ride bikes for longer trips will be encouraged to rent a bike at a local bike shop,” according to a memo to the commissioners. “WE-cycle will be reiterating that bike share is not bike rental on system materials, and bike-shop locations will be featured on the WE-cycle maps.

Belly Up Aspen Is Top 20 in Nation 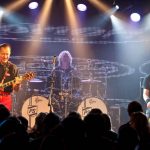 Being the best, winning awards and earning national recognition is something to which Aspen and Snowmass are quite accustomed. As the years roll on, Aspen and Snowmass, like fine red wine, just keep getting better. As a result, the awards and recognition keep rolling in. While awaiting the annual awards from this past winter ski and snowboard season, Aspenites and Snowmass Villagers can relish in the Rolling Stone’s ranking of their nightclub, Belly Up Aspen, in the top 20 nightclubs in America.

This exclusive nightclub took the 16th spot out of 20 in the recent ranking, and is hanging tough with clubs from Brooklyn like the Brooklyn Bowl and the Bowery Ballroom in New York along with a few Colorado favorites like the Bluebird Club in Denver at 14th and The Fox in Boulder in the fourth place.

The Rolling Stones produced this list as the first of a four part series featuring a number of remarkable music venues. Twenty-four insider and musicians made up the voters. From Miranda Lambert to Thomas Mars, these individuals scoured the best (and the worst) clubs to pick out the top 20.

Founded in 2005 by Michael Goldberg, Belly Up has hosted such bands as Jane’s Addiction, B.B. King, Jimmy Buffet, Willie Nelson, Lyle Lovett and many others.  Belly Up is more than just a hot spot for some of the hottest bands in the world, it also makes a point to support, host and feature local singer/songwriters.

Goldberg, brother to famous wrestler, and long-time friend to Bill Clinton and Hunter S. Thompson, toyed with a number of names before he settled on the now timeless Belly Up. Among these names were such winners as: Orifice and Fat City. Thankfully for Belly Up and Aspen, he chose Belly Up in solidarity with his brother’s club in L.A.